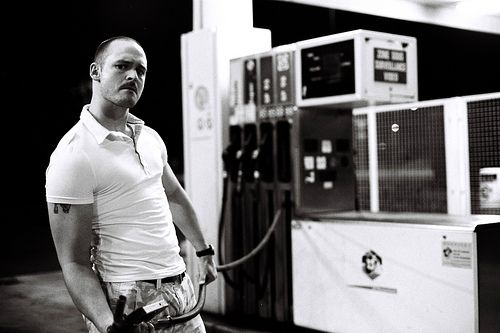 Most consumers don't know that most of the money paid for petroleum products such as gasoline does not go to oil producers. If oil were not so heavily taxed, then it would cost a fraction of its current price in some countries. Which effects does it have?

According to the graphic above, the variations in the price of one litre of oil across G-7 countries are not due to differences in crude oil prices themselves but to the varying levels of oil taxes in those countries: low taxes in Canada and the USA and very high taxes in many European countries.

Oil consuming countries end up making more money from the sale of oil than do oil producing countries. Over the  period of 2005–09 pe, G-7 nations received a total of $3,522 billion from oil taxes. OPEC Member Countries received  approximately $63 billion less in total revenues over the same period.

The Organization of the Petroleum Exporting Countries (OPEC) is a permanent intergovernmental organization of twelve oil-exporting developing nations (Algeria, Angola, Ecuador, Iran, Iraq, Kuwait, Libya, Nigeria, Qatar, Saudi Arabia, United Arab Emirates and Venezuela). OPEC’s objective is to coordinate and unify petroleum policies of its Member Countries in order to secure fair and stable prices for petroleum producers; an efficient, economic and regular supply of petroleum to consuming nations; and a fair return on capital to those investing in the industry.

The US’s transport system is oriented towards the car. To fill the tank is cheap, and also to use the car is cheap. People are essentially forced to drive everywhere in a country where the distances between villages and suburbs are great and are linked by road, and the rail web is not as extensive as in Europe.

Because of the high difference between oil taxes, American consumers notice oil price variation much more, consequently making the USA paradoxically more vulnerable to external shocks that affects oil price. By contrast in Europe, where there is more dependence on oil due to the low domestic oil reserves, high taxes keep the price high and demand moderate. High European taxes act as shock absorbers for the variation on oil price and European consumers notice them less.