The tragedy of Fukushima happened twenty years ago. But it was … on the paper. Born in Ryoko Yamagishi's imagination, her manga, Phaeton, warned us about the terrible dangers of nuclear energy. Sorrowfully, the prophecy was fulfilled.

Phaeton –that means “brilliant” in greek- spent his life in Olympus like any other son of a  godhead. But this boy had a problem with his ego, and he liked presume front his friends that his father was the God of Sun. In order to prove them this, Phaeton asked for his father Helios his chariot, the Sun. Helios tried to convince his son that not everybody was prepared for riding the Sun, but Phaeton, full of arrogance, didn’t listened his advice. When Phaeton got the chance of riding the Sun, was paralyzed by fear and lost the control over the chariot horses. 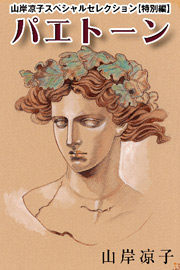 The consequences were terrible: a side of the Earth was frozen and the vegetation of the other side was burnt so a huge desert was born in Africa. The only one capable of stopping this disaster was Zeus that had no choice but shoot a thunderbolt to the charriot. At the end of this story Phaeton drowned in a river. The moral of this fable is that arrogance doesn´t drive any car. In the same way, Ryoko Yamagashi manga speaks about the men arrogancy, when they believe they can control the power of nuclear energy.

The heroine of Yamagishi story is a little girl that goes everywhere accompanied by her cat. She lives in a typical Japanese house, surrounded by a lot of electrical devices. The beam launched by almighty Zeus impacts just in Fukushima nuclear power plant. When our little star sees this, she is very scary: at this time she remembers the TV images of a similar accident happened in a faraway place called Chernobyl and realizes that in Japan same thing can happen. Phaeton also explains how nuclear power is generated, where Japan’s nuclear power plants are located and what impact a nuclear accident would have on the country.

When Ryoko Yamagashi drew this manga in 1989, this female artist never thought it could become reality. Three years before, the whole world watched horror, the biggest civil nuclear disaster when the reactor number four caused an explosion in that exposed the core emitting a huge radioactive cloud across Europe to an amount of material estimated at 200 atomic bombs of Hiroshima. This is exactly what motivated the creation of Phaeton manga: that should not happen again and Japan had a lot nuclear plants. Ryoko read a lot of books about Chernobyl and researched about nuclear power. She wrote and drew her manga in order of raising awareness of the risks posed by nuclear energy, even joked about the possibility that Ghostbusters came and rescued nuclear central workers.

Time has proven right and the prophecy has been fulfilled. It was not such a matter of fate as probabilities, because in an area prone to earthquakes and tsunamis this could happen. Japan is an island, so is struggling generate its own energy with its natural resources. In the other hand, their society is highly technological and energy intensive. Scattered throughout the island there are 17 nuclear plants –including Fukushima- totaling 53 nuclear reactors. Japan is one of the more nuclearized countries in the world, with EEUU, France, United Kingdom, Russia and Germany. In a country that suffered so much by nuclear power in the past is surprising the lack of oppsosition to the weaponization. One of most famous manga in the world, Hiroshima by Keizi Nakazawa, tells the hard experience of a child -Nakazawa himself-  in order to survive to the shocking and dramatic consequences generated by the bomb explosion. This book is not only an argument against nuclear power but war in general. In both cases the victims are the same.

When Phaeton was published public took as other ecological manga and 70,000 copies were sold. Now, when Japan faces one of the hardest moments of his history, Ryoko Yamagishi has decided to upload her creation and let Internet users read, but not download, Phaeton completely for free on this web . More than 150,000 viewers have accessed the Japanese e-book, according to the publisher Tatsuya Kitagawa.

Ryoko Yamagishi follows the lead of one of the most famous couple of Japanese artists, Hayao Miyazaki and Isao Takahata, founders of Ghibli Studi, from which have emerged some of the most reputed animation movies, as Nausicaa of the Valley of the Wind and Princess Mononoke, in which there are a strong emphasis on values like love of nature and environmental car .

“Nuclear power releases a tremendous amount of energy, which humans cannot handle once an accident occurs,” Yamagishi said. “Despite the benefits, the potential risks of nuclear power are too great, and the danger posed has not changed one bit in 25 years. I hope as many people as possible think about this issue”, she added.

nextPublic-private partnerships for development projects: what are they and what is their role? 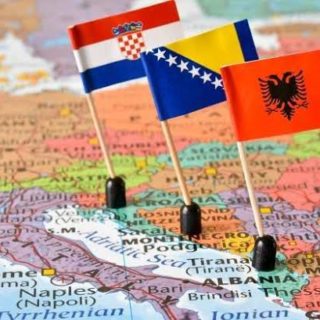 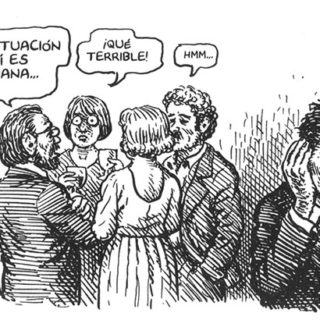