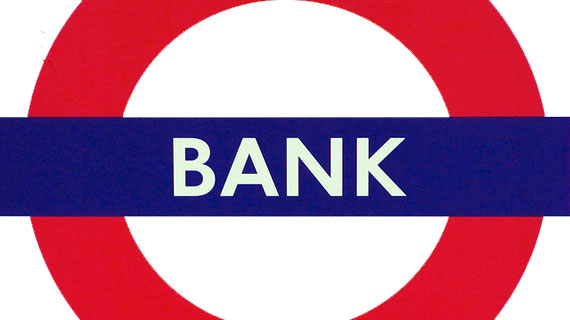 The 2011 EBA’s EU wide stress test had the objective of assessing the resilience of a large sample of banks in the EU against an adverse but plausible scenario. Who did the homework and who didn't? Let's find out on this post. 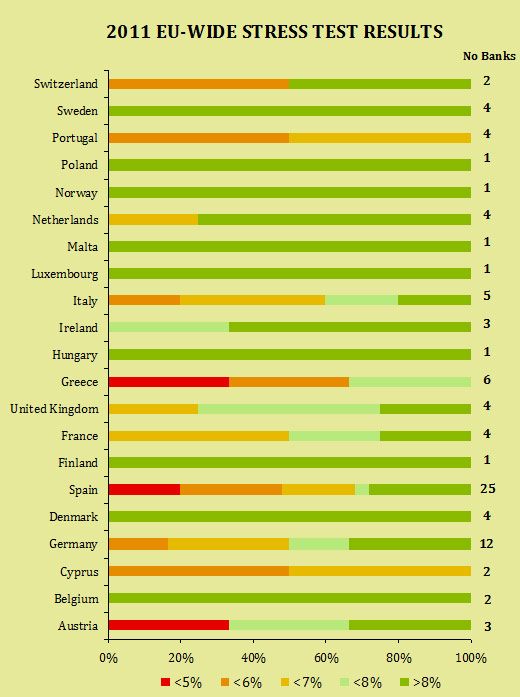 Who did the homework?

The European Banking Authority (EBA) published last Friday July 15th the results of its 2011 EU-wide stress test of 90 banks in 21 countries. The aim of the 2011 EU-wide stress test is to assess the resilience of the banks involved in the exercise against an adverse but plausible scenario. The results shed light on the sensitivities of the European banking sector to a general economic downturn and movements in external variables, such as interest rates, economic growth and unemployment. The stress test does not directly capture all possible outcomes of the current sovereign crisis, which is rightly being handled by relevant fiscal authorities, but the transparency of this exercise is designed to provide investors, analysts and other market participants with an informed view on the resilience of the EU banking sector.

The resilience of the banks is assessed against a benchmark defined with reference to capital of the highest quality — Core Tier 1 (CT1) — set at 5% of risk weighted assets (RWA). On this graph the red bars mean the number of banks that doesn’t pass the test (8 of them) whereas the green bars are the banks which obtain the best results. Five Spanish banks failed – these were: Catalunya Caixa, Pastor, Unnim, Caja3 and CAM. Two state-managed Greek banks failed (ATEbank and EFG Eurobank) while one Austrian bank (Oestereichische Volksbank) also failed the test.

The effects of capital raising

The stress test exercise runs from 2010 to 2012. Based on end 2010 information only, the EBA exercise shows that 20 banks would fall below the 5% threshold over the two-year horizon of the exercise. The overall shortfall would total 26.8 billion euros. Once capital-raising actions in 2011 are added, the EBA’s 2011 stress test exercise shows that eight banks fall below the capital threshold of 5% over the two-year time horizon, with an overall shortfall of 2.5 billion euros. In addition, 16 banks display a threshold of between 5% and 6%.

The 2011 EBA’s EU wide stress test had the objective of assessing the resilience of a large sample of banks in the EU against an adverse but plausible scenario. The scenario assesses banks against a deterioration from the baseline forecast in the main macroeconomic variables such as GDP, unemployment and house prices – for instance, GDP would fall 4 percentage points from the baseline. The scenario includes a sovereign stress, with haircuts applied to sovereign and bank exposures in the trading book and increased provisions for these exposures in the banking book. Changes in interest rates and sovereign spreads also affect the cost of funding for banks in the stress.

previousThe reasons for non-intervention of the west in Syria