The Republic of Korea has the highest recorded suicide rate —around 31 per 100,000 people in 2009— in the OECD. The number of suicides in the country has doubled over the past 10 years surpassing Japan's figures. Why are south koreans killing themselves? 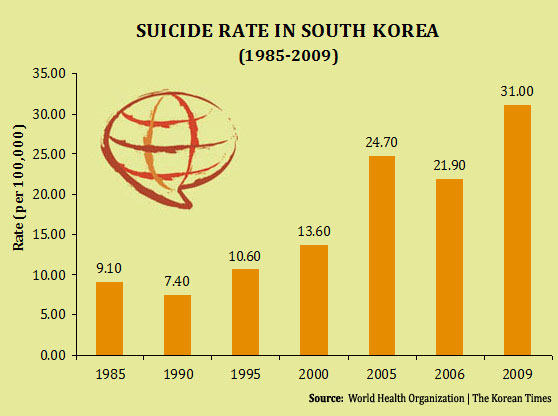 The Republic of Korea has the highest recorded suicide rate —around 31 per 100,000 people in 2009— in the OECD. Only one country in the world surpassed that amount, Lithuania. The number of suicides in the country has doubled over the past 10 years with the figure surging 19 percent between 2008 and 2009, according to a government report unveiled on September 10th, 2010 (the World Suicide Prevention Day). In comparison, the suicide rate is 24 per 100,000 in Japan, 13.9 in China and 11 in the United States.

On June 30th, 2010 a popular television actor, Park Yong-ha, became the latest in a series of star suicides, prompting a national debate, and the sad spectre of “copycat” suicides.

Why are south koreans killing themselves?

Statistics Korea, the publisher of the report, said that it has been an ongoing trend since the late 1990s along with the aging of society — people become more susceptible to the temptation of suicide as they get older, because of economic and health problems. But the statistical office also blamed the growing influence of celebrity culture as one of the culprits behind the increasing rate.

The Economist magazine attributes that trend to the rising competitiveness that south korean is experiencing: “A competitive spirit is something South Koreans pride themselves on. It has contributed both to the vast number of Koreans attending elite American universities, and to the country’s consistently strong economic performance. The never-ending push for achievement, however, also has a dark side: depression is a serious problem.

The OECD attributes the rise to “weakening social integration and erosion of the traditional family support base for the elderly,” as well as a fast-changing economy over much of the period.

Lee Min-soo, professor of psychiatry at Korea University College of Medicine, supports this view. The high rate of suicide is the result of “social changes that the country’s fast economic development brought and a culture that did not adapt to them.”

The financial crisis could even accentuate the number

Statistics Korea warns that 2010’s number, to be released in 2011, could be even higher because of the effects of the economic crisis. The country only benefitted from a 0.2 percent GDP growth in 2009 but it sharply increased in 2010, with an estimate GDP growth of 6.1 percent. 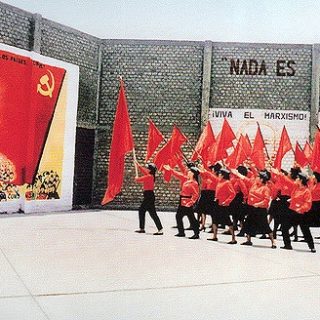 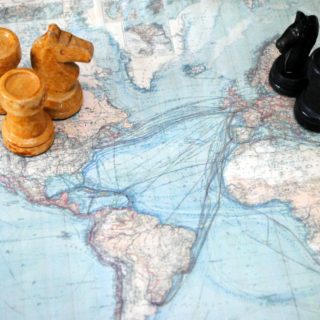 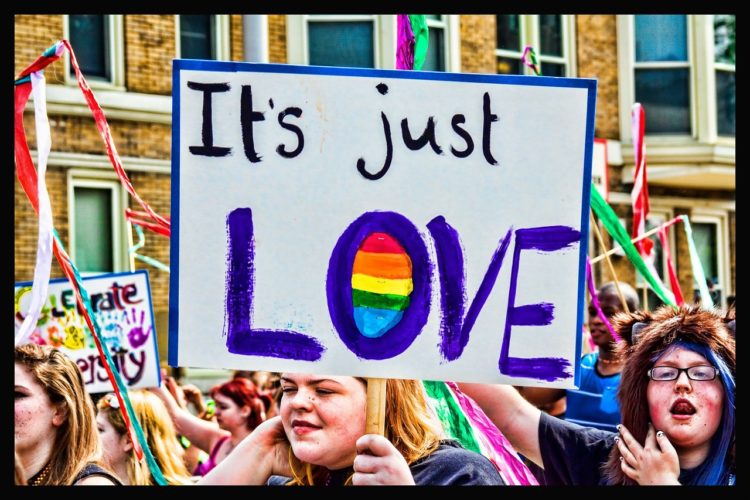