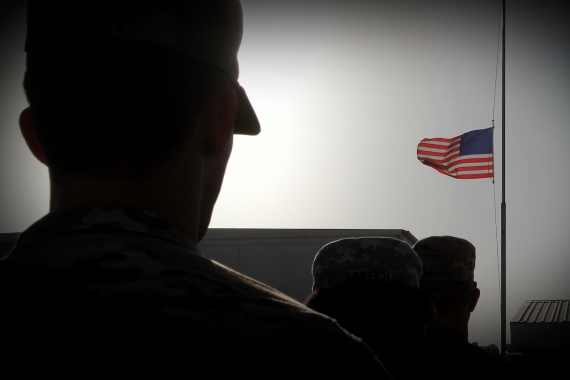 Ten years after the 9/11 terrorist attacks the security instability in the greater Middle East persists. Which are the main challenges ahead that the international actors will have to deal with?

It is hard for me to believe that it has been 10 years since the tragic events of 9/11/01.  In fact, it took me a few days to gather my thoughts in order to give United Explanations my perspective on the socio-political implications of 9/11 on the past decade.  At the time of the attacks on the United States, I was an active-duty Marine serving in California.  I am originally from NYC and my family has lived in the area for the past 30 years.  Needless to say, I was shocked by the events of that day, and I mourned with my fellow American during the days, weeks and months that followed; a close friend lost his two sisters in the South Tower of the World Trade Center and many of my friends and 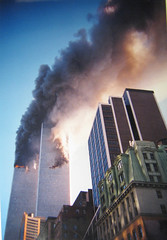 relatives lost loved ones in NYC and Washington D.C.  The attacks represented a shock to the national psyche and marked a turning point in American foreign policy and International Relations.  Al Qaeda and its affiliates around the world failed in their various attempts to terrorize America and its allies; at the time of this commentary, the majority of their top leadership is dead or incarcerated and the factions that splintered off of the original movement have proven to be ineffective in their attempts at orchestrating violence on the scale of 9/11 thanks in part to the hyper-vigilant security apparatus established in the wake of the tragedy.

I took part in a memorial service on a NATO base in Western Afghanistan on 9/11/11.  The various keynote speakers remarked on where they were on the fateful day 10 years ago and went onto recount their views on the events that followed the attacks including NATO’s involvement in Afghanistan, the ongoing transition from NATO’s International Security Assistance Force (ISAF) to the Afghan Government and their views on the current situation in the country.  Representatives from 8 different nations stood on the parade deck during the ceremony.  The presence of their soldiers and civilians emphasized the global nature of 9/11’s aftermath.  As I reflected on the ceremony and my own thoughts and feelings as the emotions of that day came flooding back, I realized that my colleague was right; 9/11/01 is more than a day of personal reflection or a tragic historical footnote, especially to the relatives and friends of those who perished in the World Trade Center, the Pentagon, and the conflicts in Afghanistan and Iraq.

In an attempt to detach myself from personal remembrances and focus on the impact of 9/11 on the international stage, the relations between States and Non-State Actors as well as the impacts of the conflicts formerly categorized as “The Global War on Terrorism”, a term disavowed by the current US administration, I had to focus on the timeline as objectively as possible.  Objectivity is very difficult in the face of tragic circumstances, but vitally necessary if we are to understand the implications of 9/11 and our prospects for the future.  Clearly, Radical Islam and its adherents have failed to win over the vast majority of Muslims.  The “Global Jihad” advocated by Bin Laden and Al-Zawahiri has failed to materialize and the remnants of the original Al-Qaeda as well the various splinter groups operating around the world are in full retreat.

The instability created by their actions are however ever-present on the international stage, as Iraq continues to be divided along sectarian lines and its citizens continue to traverse some of the most dangerous streets in the world.  Afghanistan is a fragile democracy beset by corruption and slow to recover from four decades of armed conflict.  The “Arab Spring” is an on-going phenomenon as nations throughout North Africa and the greater Middle East continue to struggle against entrenched dictatorships.  The Israeli-Palestinian conflict continues as Mahmoud Abbas is about to press the case for Palestine at next week’s U.N. General Assembly.  Hezbollah and Hamas continue to influence regional governments as they seek legitimacy via national elections and their charitable activities.  American foreign policy has been turned on its head as it seeks to keep up with events on the ground.  Turkey has regional ambitions while Egyptians continue to seek real change in the aftermath of Tahrir Square and the collapse of the Mubarak autocracy.

In summary, events around the region continue to upset expectations while staying ahead of the “experts” time and again.  While 9/11 failed to bring the U.S. to its knees as the terrorists had planned to do, subsequent events have changed the global balance of power.

The media has quickly returned to coverage of the world economic crisis as the 10 year anniversary of 9/11 quickly fades to the background. Although 9/11/01 did not result in an all-consuming clash of civilizations, the socio-political landscape continues to shift daily as the increasingly complex web of International Relations continues to confound us.  I personally hope that the tragedies suffered on 9/11 and during the ensuing decade will push us towards moving into that “global village” envisioned by Marshall McLuhan in the early 1960’s and reiterated by Bill and Hillary Clinton in the 1990’s.  In closing, I hope the lessons learned during the past decade translate into progressive actions on the part of our leaders and the heavy mantle of historical enmity is set aside in favor of common understanding and respect; that would serve as both a rejection of terrorism and the ultimate gift we could give to the victims of 9/11 and their loved ones.

This is a nonprofit explanation-opinion.

Pedro Wasserman was born in Brooklyn, New York and raised internationally. He enlisted in the United States Marine Corps in July 1999 and went on to serve in active-duty and reserve roles throughout the United States and Europe. Pedro has recently completed a Master of Arts degree in International Relations (Peace & Security Studies) at the Institut Barcelona D'Estudis Internacionals (IBEI) in Barcelona, Spain. He holds a B. A. in Russian Language and Literature from the Excelsior College, Albany, New York (2005) and an A. A. in Russian Language and Culture from the Defense Language Institute, Foreign Language Center, Monterey, California (2003). He is currently working in Western Afghanistan as a Research Manager in the Human Terrain Systems Program supporting NATO operations.