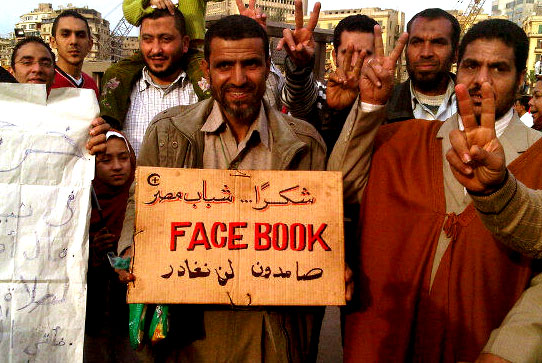 The current wave of democratic revolutions in the Arab world has evidenced the rising power of new social networks. Facebook and other Internet networks had a crucial role in the downfall of the dictatorships in Egypt and Tunisia, which found themselves unprepared from the “dangers” of new technologies.

USA, August 1, 1981. Video Killed the Radio Star is the title of the first music video shown on the new TV channel called MTV.  The song celebrates the golden days of radio, which were destined to end due to the rising popularity of television. The new technology of projecting images was something the radio could not stand up against. In fact, the radio would never again recover from the blow received by the television.

Egypt, January 26, 2011. The Anger Friday for the revolution against corruption, injustice, unemployment and torture, known simply as the Egypt’s Revolution of Anger is convoked via a social network called Facebook. That Friday, just two days later, the authoritarian Egyptian regime led by Mubarak cut off all internet routers in the country in a desperate attempt to stop the angered population from mobilizing by using new communication tools offered by the Internet, such as Youtube, Facebook, Twitter and other social networks.

But this was a lost battle; Mubarak had already received the mortal blow long before that date and he did not even feel

it. It was the seemingly innocent rising popularity of social networks that provided this blow; this time it was Facebook whokilled the radio star, the radio star impersonated by the old and robust Mubarak regime.

Therefore, it seems obvious that the dictatorships will find it more difficult to persist in the era of Internet. How exactly is it possible that the Internet and social networks have become a determining factor in democratization processes around the world and what are the limits of their potential?

Limitations to the Internet democratic potential

On the other hand, there are of course some limitations to the potential of the Internet in playing the determining role in democratization processes. One is of course the ability to adapt the censorship to new needs. The Chinese Government, through its Ministry of Industry and Information Technology and the Ministry of Public Security, tries to keep a very close eye on what the Chinese population can access on the Internet. For example, it blocked access to online services few days before the 20th anniversary of the crackdown on democracy protests in Tiananmen Square. 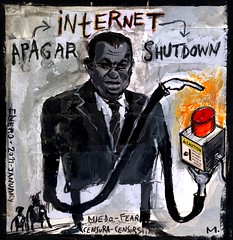 However, this was not a one-time event. China’s control of the Internet is thorough and includes IP-blocking, DNS filtering and redirection, TCP Packet filtering, which allows to block key words (as ‘Egypt’ during its revolution); and by other techniques, like the software ‘Youth Escort’ whose objective is “to build a green, healthy, and harmonious online environment, and to avoid the effects on and the poisoning of our youth’s minds by harmful information on the internet”… a complex mechanism aimed to control the population.

Moreover, the level of education is a very important factor in this respect since it is closely connected to the usage of the Internet. According to a survey carried out in December 2008 by The Pew Internet & American Life Project, 95% of people who have a college education use the Internet as opposed to 35% of people with less than a high school education.

Also, an even more obvious limitation is that the Internet is very unevenly present in the world (5% of the population has internet connection in Libya, 35% in Bahrain)  is needless to say that people cannot use the advantages of the Internet if they lack access to it.  But already in the near future we may witness some progress in this respect; a project, led by the O3b Networks (the Other 3 Billion) plans to offer broadband wireless Internet to about 3 billion people from the developing countries through a network of satellites. Perhaps the African “radio stars” will be the next in line to fall…