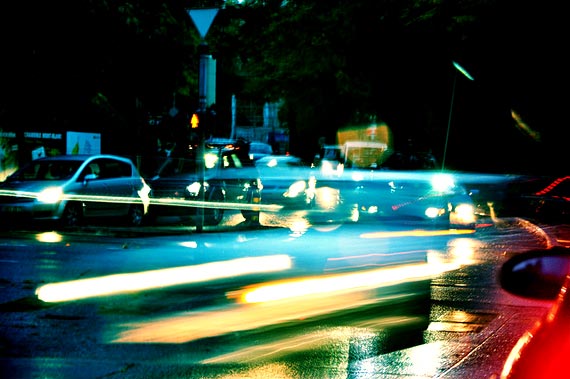 Can you imagine a world whose cars don’t burn fossil fuels? That world could turn real by 2050, and it could happen in Europe. The European Commission has put forth an ambitious proposal to eliminate gasoline and diesel fueled automobiles by the year 2050 in a bid to reduce traffic congestion and drastically reduce the continent’s carbon footprint.

Can you imagine a world whose cars don’t burn fossil fuels? That world could turn real by 2050, and it could happen in Europe. The European Commission has put forth an ambitious proposal to eliminate gasoline and diesel fueled automobiles by the year 2050 in a bid to reduce traffic congestion and drastically reduce the continent’s carbon footprint.

According to an European Commission’s report, the proposal aims to create a single European “transport area” wherein conventional, emission-spewing motor vehicles are phased out and replaced with clean-running cars, all while boosting infrastructure to cater to more sustainable forms of transportation across the continent.

Cars and trucks are not the only targets of the proposed plan. The Commission would like to enact a ban on the shortest flights, requiring passengers to travel by alternative methods, like trains, for distances not exceeding 186 miles.

Why is the European Union taking this risky decision?

Oil scarcity in the future is likely. According to the report, and in the light of the arab unrests that are

As the International Energy Agency has recently pointed out, the less successful the world is in decarbonising, the greater will be the oil price increase. In 2010, the oil import bill was around € 210 billion for the EU. And this oil dependence could be severely impacted with dire consequences on inflation, trade balance and the overall competitiveness of the EU economy.

Climate Change targets. At the same time, the EU has called for, and the international community agreed, on the need to drastically reduce world greenhouse gas emissions, with the goal of limiting climate change below 2ºC. Overall, the EU needs to reduce emissions by 80-95% below 1990 levels by 2050, in the context of the necessary reductions of the developed countries as a group, in  order to reach this goal.

Transport is heavily dependent on imported oil. And while most sectors have been reducing CO2 emissions, transport’s share has been steadily increasing. Commission analysis shows that while deeper cuts can  be achieved in other sectors of the economy, a reduction of at least 60%  of GHGs by 2050 with respect to 1990 is required from the transport sector, which is a significant and still growing source of GHGs.

The need of a Plan

Gathering the arguments before mentioned equals the most ambitious mobility strategy ever taken in the world. And it is not cheap at all: “We are talking about the necessity of investment of 1.5 trillion euros ($2.1 trillion),” Siim Kallas, EU transport commissionner, said in a statement, as reported by The Independent. “Curbing mobility is not an option; neither is business as usual. We can break the transport system’s dependence on oil without sacrificing its efficiency and compromising mobility. It can be win-win.”

The European Commission adopted a roadmap of 40 concrete initiatives for the next decade to build a competitive transport system that will increase mobility, remove major barriers in key areas and fuel growth and employment. At the same time, the proposals will dramatically reduce Europe’s dependence on imported oil and cut carbon emissions in transport by 60% by 2050.

· No more conventionally-fuelled cars in cities.

· 40% use of sustainable low carbon fuels in aviation; at least 40% cut in shipping emissions.

· A 50% shift of medium distance intercity passenger and freight journeys from road to rail and waterborne transport.

· All of which will contribute to a 60% cut in transport emissions by the middle of the century.

40 initiatives to reach the goal

The Plan defines a transportation framework which identifies the need to intervene in all modes of transportation (train, ship, plane, car, etc.) through 40 initiatives which include, among others, the following actions:

· The development of a true internal market for rail services

· The completion of the Single European Sky

· The improvement of the capacity and quality of airports

· The review of the market situation of road freight transport

· The creation of a framework to allow tracing goods in real time, ensure intermodal liability and promote clean freight transport

· The implementation of the Action Plan on Strengthening Air Cargo Security

· The deployment of a regulatory framework for innovative transport

Is all this possible? It should be. The bid to reduce traffic congestion and drastically reduce the continent’s carbon footprint demands brave measures and political decision. The financial crisis has beaten hard European countries and it has highlighted, along with the unrests in arab countries, that the need to lower our oil dependence is not something desirable, it is something necessary. Necessary not only in the name of our planet but also in the name of our economies –and our welfare- and our security.

nextWhere are we spending the money? EU Budget 2011