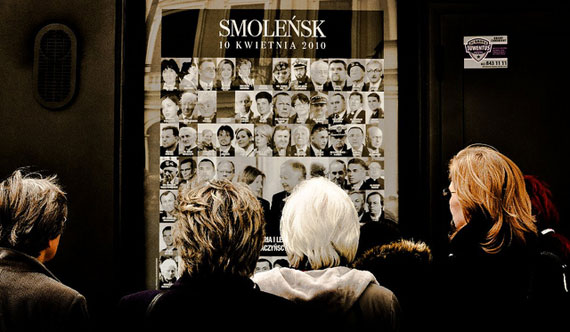 On 14 April 2010 a plane crash killed 40 polish senior officials, including Polish President Lech Kaczyński, his wife and other top political leaders and officials. The event, without precedent, shook the Polish society. Now, many questions arise. Among them: could there be a conspiracy or maybe an assassination?

On April 10 last year an event without precedent took place which has had no doubt shaken the Polish society. On the way to commemorate an anniversary of a World War Two tragic fate of many POWs captured by Soviet Union in 1939, the so called Katyn case, the Polish equivalent of Air Force One, carrying the presidential couple, chief of national bank, all armed forces chiefs, presidential ministers, former emigration president, candidates for the post that were running in upcoming elections has crashed in rather mysterious circumstances. This has sparked waves of speculation that persisted throughout the official investigation. Some were more credible, some less. To understand the explosion of very strange sentiments, one has to first have an idea of historical reasons for the visit in Smolensk and the recent developments in Polish-Russian Relations, including the rift that started after Lech Kaczyński was sworn in as President. 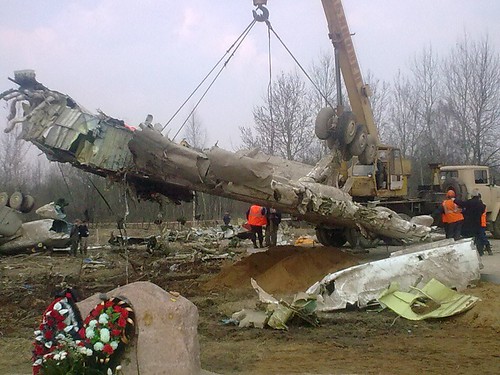 The President’s visit was intended to commemorate about 22 thousand POWs captured after the Soviet invasion of Poland in 1939 and executed in 1940 by the Soviet secret police (NKVD) predominantly in the forests near Smolens. After the fall of the Soviet Union, the Russian government has acknowledged the massacre on several occasions but the division between technical issues such as classification of the event as genocide as well as declassification of original documents has been a major issue in the relations between the governments of Poland and Russia since the collapse of communism. In this light Lech Kaczyński was a very strong critic of Kremlin’s conservative approach to the issue.

The Katyn massacre was just one of many crimes committed by the Stalin regime in Soviet Union. In fact most of the crimes of that era were committed against Soviet citizens themselves. A lot of the problems arose when Mr. Kaczynski and his political supporters have claimed that due to the Katyn massacre Poland had the status of a victim of the Soviet Union. While at first glance it might seem true, Poland was as much a victim of Stalin’s politics as was the Soviet Union.

This rift has grown stronger as the former anti-communist (and in the case of Eastern Europe also meaning russofobic) activist, Lech Kaczyński became the President of the Republic of Poland in 2005. The trip to Smolensk was supposed to show the political will to force Russia as a country to accept responsibility for the massacre, declare it genocide and declassify related documents. Moreover, as Presidential elections were coming and he was running for second term, the image and timing were everything in this case. On Board of the flight to Smolensk were further officials and guests that were supposed to give prestige to the commemoration: Army Chiefs, Chief of Central Bank, the Attorney for Citizen’s Right, the last President on Emigration and others. In all about 40 officials, similar number of relatives of the original victims of 1940 and other distinguished guests.

The Aircraft crashed while coming to a landing in a thick fog, which gave the pilots absolutely no conditions for safe touchdown. The fog appeared rather quickly, shortly before landing and just as quickly disappeared. Many questions arose: 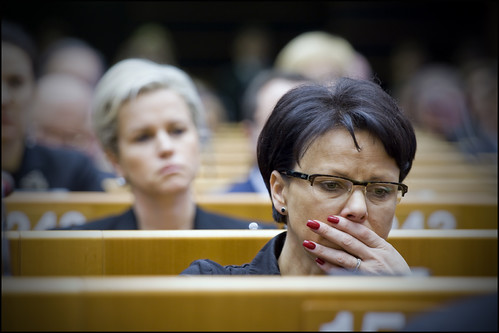 a) Why were there so many officials on board?

The first question was already answered during the explanation. Although it is unusual and not recommended to have so many officials, on many occasions the top government officials of the country have flown together in one plane. Examples could be found on flights to USA, and Brussels. It is a risky policy, but it did take hold for several flights.

b) Why did the plane not abort?

As for the second question, there is at least one documented instance (in fact locally well know) where the President either directly or indirectly did attempt to override the pilot-s safety protocols for landing. The case is based on a flight to Georgia earlier during the Georgian-Russian conflict, where Georgian airspace was in control of Russian Air Force. Entering this airspace in the state of war would be very dangerous for any aircraft, so the pilot ignored the override attempt and landed in neighboring Azerbaijan as originally planned. The pilot was then relieved of duty. The first officer of that flight was then the captain of the fateful flight to Smolensk.

Moreover, it was imperative that celebrations start on time, and with the trip planners did not account for a time margin in case of a needed alternative landing, making the situation even stronger. According to official investigation records, the chief of Polish Air Force who was also on the flight has pressured the crew to land at all costs. Otherwise the Political impact of the delay would be significant for the upcoming elections, authority of the president undermined and possibly the crew relieved of duty. The plane simply had to make it. After all, presidential airplanes do not crash… or so it was assumed. 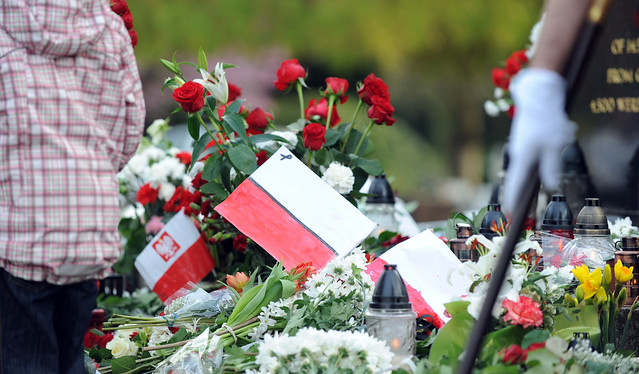 c) With the political impact on the country, could there be a conspiracy or perhaps could it be anassassination?

Due to the rank of the tragedy, with around 40 senior officials out of over 90 victims, including the Head of State, Military Command, Head of National Bank, presidential Ministers, shadow ministers, and another candidate for the presidency all perishing together, it is logical to ask, if this could have been a successful assassination. However due to the previous ferment of the original Katyn case and the mistrust of Kaczynski’s electorate to Russia as a whole, many people did not wait for official investigation. They assumed that it was indeed a murder, just like Katyn in 1940.

d) Who will investigate the accident?

The crash occurred just over the Russian border, where the Russian government agency (actually International Air Committee of CIS) responsible to investigate air crashes has jurisdiction. Poland has sent its liaison to oversee the investigation and make sure it was objective and exact.

Occam’s razor rule dictates that all other things being equal, the simplest explanation is true. In this case the explanation is that risky behavior of the head of state while on missions of domestic prestige, errors in planning and unwillingness of the crew to step up to their superiors from the start (it is still speculated they attempted to turn away from the landing at that airport in the last moment) have resulted in this most unfortunate disaster. It is the Polish-Russian political rift that Kaczynski has fueled and the parallels drawn between the disaster and the Katyn Masacre that make it a hot topic still almost a year after.

In fact, the political scene is divided as to commemoration that will take place in April 2011. While the situation has caused some healing in Polish-Russian bilateral relations, it caused a still widening rift between the Kaczynski electorate, and the rest of the political scene, especially with currently ruling liberals being accused of not doing enough to show some Russian fault in the tragedy.