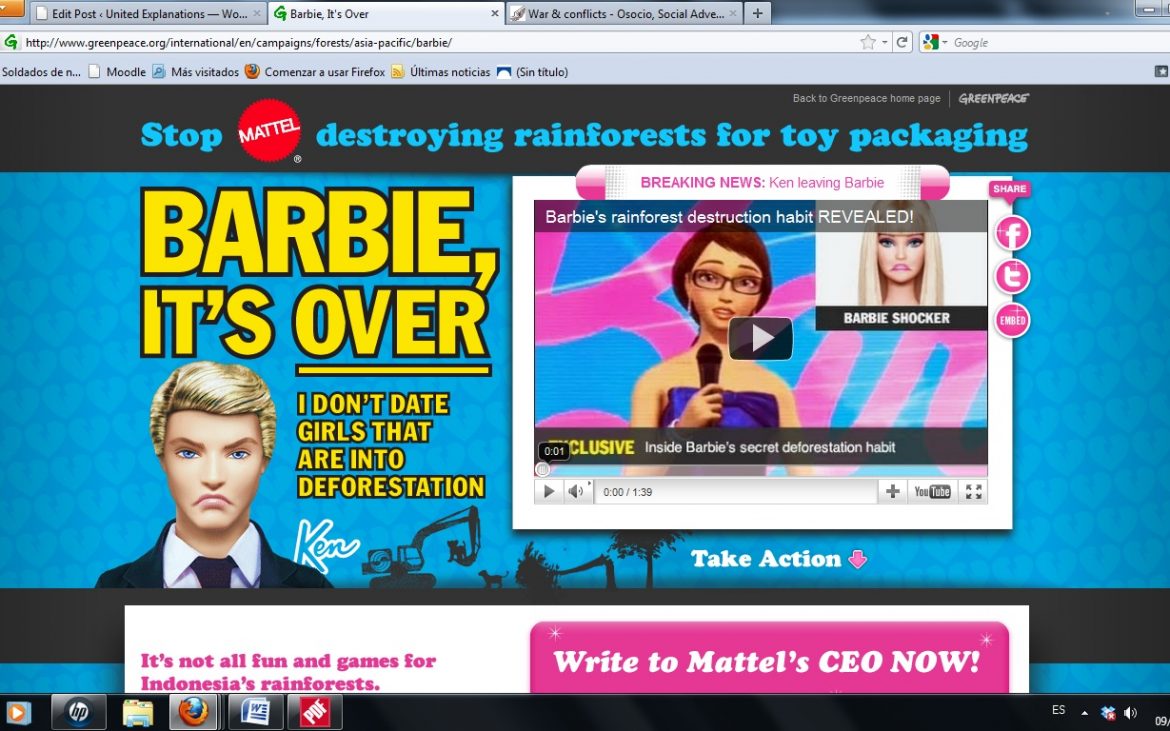 Ads were created to push us to buy, to consume, but there is another advertising to change our minds, to work towards a fairer world. Find out how.

According to Bussines Dictionary, Social Advertising is “media messages designed to educate or motivate members of a public to engage in voluntary social activity such as community service, energy conservation or recycling”. In other words: is Marketing not oriented to buy but to get involved with the community and do something to change how our world is. But if we take a look to the Wikipedia the definition given “It’s about applying marketing and advertising principles to promote health and social issues and bringing about positive behavior change. It’s what nonprofits and organizations do”.

As the rest of Marketing, it comes from the United States and it was born in 1971 with an article in “Journal of Marketing” by Kotler and Zaltman, where they discussed the use of commercial marketing methods for social issues –a widely debated phenomenom now and then-. A few years after, in 2002, the own Kotler redefined Social Marketing or Social Advertising as “the use of Marketing principles and techniques to influence a target audience to voluntary accept, modify or abandon a behavior for the benefits of individuals, groups or society as a whole”. In developed countries this tool has been widely used to promote social changes especially in family planning, public health and HIV/ AIDS.

Organizations like UNICEF or USAAid have used it for different purposes and with different rates of success all around the world. The main critic of Social Advertising is that it´s “the devil work” and could corrupt the message and the principles of the organization that is using it. The conclusion achieved is that Social Ads are a very useful tool for social change, but only in developed countries where people watches TV and is open minded about Marketing.

Social Marketing and Advertising is commonly used in United Kingdom, USA, Australia, Canada and Scandinavian countries, where concepts as fundraising and collaboration between companies and NGO happen every day, but even is something odd in European countries, where the funds for execute social programs come the most of the times from the public institutions. And not all the organizations are capable to design a good Social Advertising campaign that gathers awareness, ethic and information about the problem (AID, poverty, war, refugees or whatever).  But times are changing and, for the first time, an NGO ad has won the first prize in American Communication Advertising Festival The Sun. The winner was Doctors without Borders (Médecins Sans Frontiers) and its campaign about the access of medicines in Third World “Another´s Pain Pills”.

Greenpeace, a very expertise organization in the use of media and how to achieve their goals through them, has just launched its campaign against the deforestation. Instead of recording a typical advertising with a slogan, the enviromental NGO has decided to do something more original in order of assure the message gets the audience. The story is as follows: Ken, the eternal Barbie´s boyfriend, is very sad because he´s discovered that his beloved works for a company that is destroying forest in Indonesia and, drowned in his tears, he´s decided to leave her and look for another girl. This is the way that Greempeace has found to inform how Mattel cardboard boxes, where Barbie is kept safe, are made.

Nowadays this way of changing people´s mind is increasing and there are more organizations that talk to us about unpleasant topics: UNICEF shows germans the hunger of children trough a children´s mouth that transforms in a thrash;  Amnesty International Belgium complaints the violence against women telling to Belgium man that women  aren´t punching bags and Amnesty International France closed Gaddafi´s mouth with signatures of its activists three years before that war in Lybia exploded. Ogilvy advertising agency designed the striking campaign for the summit,  on climate change in Copenhagen. Suddenly, all huge outreach efforts were insufficient to allow world leaders to reach an agreement on the minimum and the summit was a failure.

Other campaign that became very famous, thanks largely to Internet was “Children see .. children do” by the nonprofit Child Friendly Australia organization NAPCAN, which emphasizes the importance of giving positives examples for younger, especially when we´re talking about gender violence and drugs.

One of the best resource in the net is http://osocio.org/ , a web page where are gathered and categorized a lot of Social Advertising campaigns related to gender issues, culture, drugs, war and international conflicts, education, human rights … and so on.