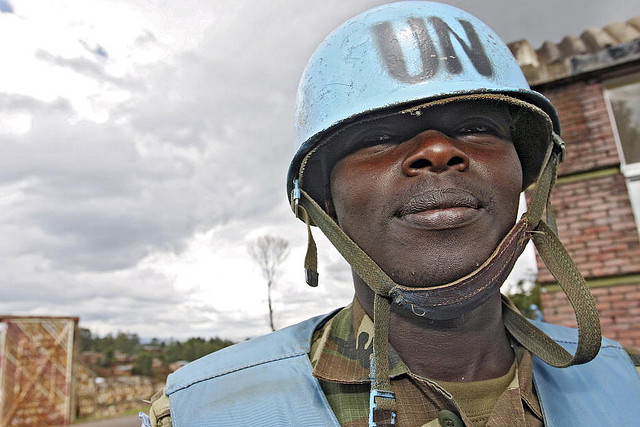 The primary responsibility of the United Nations (UN) is the maintenance of international peace and security. Actually, peacekeeping operations emerged precisely as a response to the failure of the UN collective security system. Since then, this instrument of the UN has suffered numerous mutations due to the changes in the international society. Particularly after the Cold War, many intra-state conflicts that had been frozen during the bipolar era, remerged. Having in mind that historically UN-peace operations have been a useful mechanism for limiting interstate war but not civil wars, the UN has faced (and has yet to face) new peace and security challenges characteristic of the Post Cold War.

‘During the last two decades, peacekeeping operations have become the main tool of the international security system to solve the emerging crisis and the collapse of state institutions in weak and fragile countries’.

Besides, linked to UN-peace operations, there have been many non-UN peace operations, sometimes accepted by the UN Security Council (UNSC), except for exceptional occasions. The origin of those peace operations outside of the UN’s frame, comes along with the end of the bipolar era. They are well known as humanitarian interventions. During the decade of the nineties the political will for humanitarian intervention to protect human rights was clearly reflected in the increase of UNSC resolutions that were passed.

In words of Adam Roberts, that decade was one during which ‘humanitarian issues played a historical role in international politics’. [1] Nevertheless, this interventionism cost a high price to the international community due to the bad performance of some of those operations. As the UN Secretary-General Kofi Annan remarked in one of his own speeches[2],‘the age of humanitarian emergencies’ had led to policies of ‘saving strangers’[3]. Although, this idea was not well accepted by all members inside the UN-system. Nevertheless, after the invasion of Iraq in 2003, the doctrine of humanitarian intervention ‘has evaporated at the outset of the new millennium’[4]. Since then, new initiatives to get a workable compromise between humanitarian intervention and non-intervention, as the ‘Responsibility to protect,’ have been disputed inside the UN system.

The crisis of the traditional peacekeeping

er than disciplined states and rational and material interests’[5], achieving a sustaining peace depended on many different variables. In this context, the basic of the consent of parties and the principle of sovereignty was more likely than ever to be broken due to the hardest difficulty of the intra-state wars. Especially in terms of legitimacy, both guerrillas and governs asked for the impartiality of the UN.

‘The crucial failure of the peacekeeping operations in Rwanda (1994), with 800.000 dead Tutsis by the Hutus in just 10 weeks; and in Srebrenica (1995), where 8000 Bosnian Muslims were removed from UN safe areas suffered an ethnic cleansing; showed the UN’s biggest problem was ‘the enormous gap between mandates and means’[6].

Parallel to this context of crisis in the UN peacekeeping operations, the new circumstances after the bipolar era: development of mechanisms to protect international peace and security, the evolution of the international Law in order to improve the accountability of states to the UN, the extension of the range of mutual involvements through common standards, as for example the states democratization and the emerging mechanisms to rehabilitee and restore states that had failed; were the UN-driven global policies created as a result of the new given international situation.

All those changes came directly to the point of the dual responsibility of sovereignty [7] and the promotion of Human Rights (HR) as central issue of the International Community. This shift in thinking made the idea of humanitarian intervention to gain strength. The declaration of Bernard Kouchner in 1987 about the ‘Droit d’Ingérence’ was the beginning of this ambiguous debate emerging inside the UN system. It sought to place the political question of the abuse of power at the humanitarian level, and to seek a humanitarian legitimacy for a security action through military means. The most controversial case of polemical military intervention in the name of HR was, without doubt, the NATO action in Kosovo, Somalia, Rwanda and Bosnia. All shaped the moral argument that force was needed in Kosovo.

The consequences of humanitarian intervention in those decades didn’t take long to arrive to find a way through those dilemmas.

‘New initiatives appeared in order to face the UN peacekeeping crisis with the Brahimi Report. What did this report recommend? It mainly highlighted the poor state of the UN’s Peacekeeping record in this time, and the need of a multifaceted nature UN approach to Peacekeeping, especially in countries distressed mostly by civil wars’.

International Security after 9/11: Humanitarian Intervention and Responsibility to Protect (R2P)

After September 11th, the US Security National Strategy based on the ‘Bush Doctrine’ and the ‘Global War on Terrorism’, shaped the international security terrain. While the UNSC decided to accept the intervention in Afghanistan (2001) as a legitimate defence (Resolution 1368), it didn’t accept the military operation in Iraq (2003). 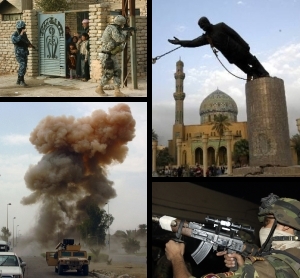 ‘The intervention in Iraq not only supposed a clear re-emergence of humanitarian intervention, but it also implied a huge problematic to the UN system since, as it happened before in Kosovo, it ignored the authority of the UNSC’.

The Responsibility to protect and the problem of military intervention

‘The post-Iraq era presents international society with a crucial dilemma’ (A.J. Bellamy, 2004) between the responsibility to protect (R2P) and the problem of military intervention. Having in mind the damage the Iraq invasion did to the UN system, and particularly to the UNSC, the international community moved from humanitarian intervention to this new term: the Responsibility to Protect. The principle was endorsed by the United Nations General Assembly (UNGA) in 2005 and reaffirmed by the UNSC in 2006 (Resolution 1674).

‘The R2P represented ‘not the right to intervene but the Responsibility to Protect’. This concept rests on 3 pillars: governments unanimously affirmed the primary and continuing legal obligations of States to protect their populations from genocide, war crimes, ethnic cleansing and crimes against humanity, and from their incitement’.

The Summit underscored the commitment of the international community to assist States in meeting these obligations and, the member States’ acceptance of their responsibility to respond in a timely and decisive manner; in accordance with the United Nations Charter, to help protect populations from the four listed crimes and violations. However, used it to evaluate the government of Sudan’s performance or the current situation in Libya, it had ‘manifestly failed’ in its responsibility to protect its citizen.

The consequences of military interventions in the name of human rights promotion on the UN system have implied big changes in the way to understand the international security. The answer to ‘when is it legitimate to use force to protect the citizens of another state from a supreme humanitarian emergency’? has been the most complicated matter the UN system has had to solve. In sum, once we know that keeping international peace and security through military interventions in the name of HR doesn’t result in the expected consequences. Maybe it is time to look forward to new approaches. Nevertheless, is it possible a real implementation of the R2P from a multilateralist point of view? In any case, what is clear is that this deadlock in the international peace and security is as complex as necessary to resolve. By the moment, if in doubt, today the R2P is a concept, not yet a policy.

[2] Kofi A. Annan, ‘Secretary-General’s Speech to the 54th Session of the General Assembly,’ September 20,

[8] Roth’s 6 conditions for the use of military force characterized as humanitarian: threshold standard (situations of ongoing or imminent mass slaughter); military action as the last reasonable option; intervention guided primarily by a humanitarian purpose; respect for international human rights and humanitarian law; were likely to do more good than harm; and, ideally, an operation endorsed by the UNSC. In: Roth, K. ‘Was the Iraq war a humanitarian Intervention?’, Journal of military Ethics, vol.5, no.2, 2006, pp.84-92.