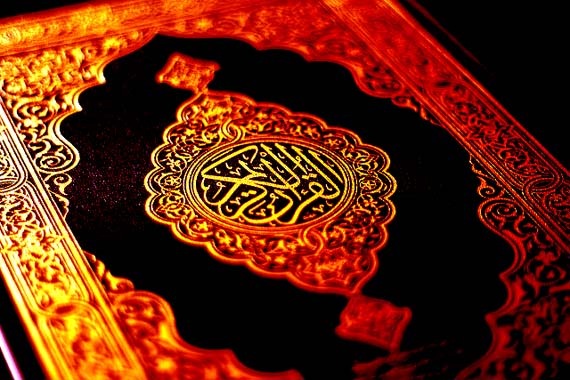 From a Westerner’s point of view it seems nearly incomprehensible how someone can commit suicide in order to kill others. When planning suicide attacks, Islamic terrorists use religion to motivate volunteers by promising them Paradise filled with pleasure. The preparation of the volunteers is a carefully scrutinised process.

It is not desperation, it is long-lasting preparation

The devastating and brutal consequences of suicide bombers and their random targeting of innocent civilians all around the world, from New York to Moscow or Bali, has brought upon us more than just a sense of insecurity; it is a remainder that there are people who consider their political struggle – whatever it might be – more important than their own lives. Whereas suicide is usually described as the act of a desperate person, it takes a lot of long-lasting preparation, careful planning and, most of all, personal determination when the time comes for the trigger to be pulled. The vast majority of suicide attacks in the last decade have been committed by bombers with a radical Islamic ideological background, therefore it is interesting to see how Islamic terrorists motivate human beings to kill others, in the belief that their lives have value only as a weapon.

But first of all we need to distinguish between the cause and the motivation of these attacks; the causes are to be found in socioeconomic, political and other aspects of a certain society, which deserve a very detailed analysis and therefore exceed the scope of this article. In any case, Islam as a religion is not the cause behind the attacks; it is only used to justify them. 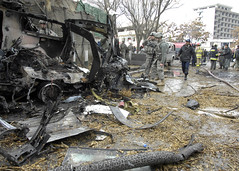 The motivation, on the other hand, can have its roots in many different realities, religion being only one of them. The Japanese kamikaze, for example, were trained by the Imperial regime to fly their planes into military targets in concordance with the Japanese cultural history, in which the seppuku, the honorable suicide, was a part of the samurai duty. Similarly, parts of Qur’an have been used to glorify those who die serving the religion and promise them paradise. The Quranic verse more often quoted in this regard says,

“…Allah has purchased of the believers their lives and their wealth for the price of Paradise, to fight in the way of Allah, to kill and get killed. It is a promise binding on the truth in the Torah, the Gospel and the Qur’an.”

The concept is not new and many have heard of the promise of the 72 virgins waiting for the martyrs in Paradise; but it goes way beyond that: those who get into Paradise are promised blessings that eclipse anything on earth; unlimited food of their choice, riches, and wishes come true. Things considered sinful on earth, such as wine, will be allowed, and people will be able to eat and drink all they want and not get full or hangover or sick. People will be reunited with their friends and relatives, everyone will be made young again, and there will be no anger or pain. Those who enter will be given palaces to live in, and clothing fit for royalty, with luxurious couches and thrones for everyone. There will be rivers of the purest water, milk, wine and honey, all of which will be better than anything you will find on earth. Those who get to the highest part of Paradise, Jannah al-Firdaus, will also be able to see Allah with their own eyes. 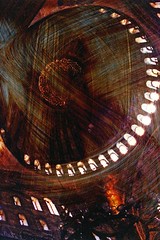 Therefore, in short, heaven is a paradise filled with pleasures. At this point the volunteers’ desire to enter Paradise is channeled into the fight for objectives of violent political groups and their behavior is closely observed. A member of Hamas explained that they keep a close eye on the volunteers’ self-discipline and the candidates undergo intensified spiritual exercises, including prayers and recitations of the Qur’an. They focus their attention on Paradise, on being in the presence of Allah, on meeting the Prophet Muhammad and on interceding for their loved ones so that they too can be saved from the agonies of hell. During the week before the operation, two “assistants” are delegated to stay with the potential martyr at all times and the candidate prepares either a written, taped or recorded will, sometimes all three. Just before the bombers set out on their final journey, they perform a ritual ablution, put a Qur’an in their left breast pocket, above the heart and straps the explosives around their waist or pick up a briefcase or a bag containing the bomb. Later, at the moment of the attack, as the bomber presses the detonator, he or she says, “Allahu akbar” — “Allah is great. All praise to Him.”

For further information we recommend:

For anyone who wishes to learn more about suicide attacks we recommend the novel written by the Slovenian author Vladimir Bartol called Alamut, available in English, French and Spanish, among other languages. All those keener on documentaries should not miss Suicide Killers by the French Jewish author Pierre Rehov.