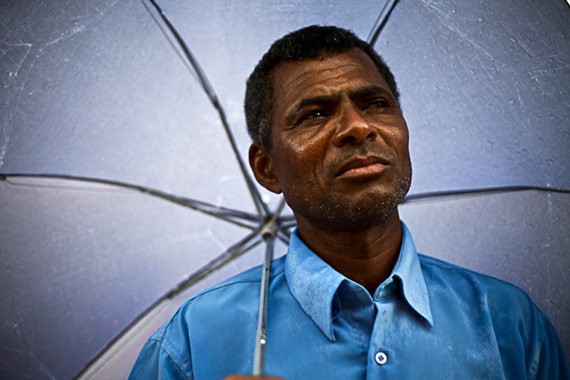 From BRIC to hosting both the World Cup and the Olympics, it is widely known that Brazil is assuming a larger importance in the international scenario. What are the reasons for the country's success and what has changed in the life of its citizens?

While Dilma Rouseff assumes as the first female president after eight years of government led by the country’s most popular leader in recent decades, President Lula, Brazil’s recovery from the financial crisis continues to impress. While developed economies are having difficulties in restarting their job markets, Brazil has created over 2.5 million new jobs and its economy is predicted to have grown around 7.5% in 2010. The reasons behind this are certainly related to the responses to the crisis but it is impossible to understand them without  taking into consideration the bigger picture of what has been happening in Brazil over the past decade.

Is the present unique?

From 1930 to 1980, the Brazil economy was the fastest growing economy in the world, second only to Japan. After that, despite advances in democracy and the growing complexity of its society, Brazil spent a long period struggling with high inflation, persistent poverty levels, low growth, and having to deal with economic instability. The 2000s has been the period in which the South American giant has rediscovered economic development. Nevertheless, differently from preceding periods, recent economic growth has been compatible with reductions in income inequality and the strengthening of a plural society. The use of a smart combination of prudent economic policies and a state which did not relinquished from pursuing active policies in social areas and in certain strategic sectors of the economy are certainly among the reasons of this process.

The period has brought about a consolidation of the internal market. While most emerging countries (e.g. China) have experienced significant increases in inequality in the past decade, in Brazil income inequality has been progressively declining since the final years of the 1990s. This has largely been a result of the emergence of a “new middle class”, promoted by rising wages and access to superior levels of consumption standards. Job creation and increases in salaries have been an important characteristic of the present growth together with the government’s commitment to the maintenance of low inflation.

Targeting the poor, Bolsa Família is a conditional cash-transfer program which focuses on taking poor families out of extreme poverty and is fundamental in trying to break the long-lasting traps of poverty and low education. As a result, there are clear evidences of rising standards in the consumption of food and other goods among the poorest Brazilians. In 1995, 20% of the population was in a situation of extreme poverty, by 2008 that proportion had decreased to 10%[1].

Differently from other developing countries, the state in Brazil has a significant level of ability and capacity to decide and to implement. A recent example is the program pushed forward by the federal government aiming at solving the serious problems of housing deficit. In March of 2009, while most countries were still struggling with the financial crisis, it created a program called “My House, My Life” (a combination of credit and subsidies depending on the characteristics of the household) which provides not only incentives for the construction sector but, most importantly, affects people’s life by both expanding employment and enhancing their ability to live in better houses.

Another example of the relevance of a capable state is that Brazil has a public development bank (BNDES) which has a bigger budget than that of the World Bank. During the most serious months of the financial crisis, while private banks were afraid of landing any money, the BNDES together with other state-controlled banks were crucial in preventing dramatic reductions in investment and consumption.

Due to the size of its internal market, Brazil is not so dependent on foreign trade. During the past crises it was clear that the country benefited from that and from the fact that it has many different economic partners and a balanced weight among them. It has strong trade links with both developed and developing countries in various regions of the world. Over the past few years, China has surpassed the United States as the leading importer of Brazilian goods and at the same time the importance of trade with South America (particularly Argentina) and African countries has risen.

The weak links: deindustrialization and education

Brazil is strong in some highly technological sectors, such as the airplanes –  in which Embraer is the world’s third largest producer – and some of its companies (e.g. Petrobras) have become prominent in the international scenario. Even though Brazil’s industrial sector is strong in comparison to the majority of developing countries, a major threat for the economy is the rising dependence on the exports of primary products (particularly soy and iron ore). This phenomenon poses a “deindustrialization threat” and has become more clear after the discovery of very large oil fields in the Atlantic Ocean, which could make Brazil one of the biggest producers in the world.

Besides the threat of “deindustrialization”, education is probably the main unresolved problem and an area in which a lot remains to be done. Over the past years, specially after solving the problem of guaranteeing full enrollment in primary school, increasing attention to the low quality of education has been brought to public debate. This is a problem which requires a lot more effort and long-term commitment from policymakers and the society as a whole. A clear weak link of the system is secondary school, in which the vast majority of poor teenagers either leave school or complete their studies without achieving compatible standards in terms of learning. Nevertheless, the most recent PISA (a cognitive-test taken in 65 different countries by children who are 15 years old) has shown that Brazilian children have increased their scores more than all other countries despite Chile and Luxemburg over the past 10 years. While the benefits from advancing education and its positive impacts for the society are the crucial aspect, there is a large consensus that the still low educational levels of the population can clearly damage the current cycle of prosperity by, for example, the lack of skilled workers and the difficulties of the country to compete in the “Information Age”.

During her inaugural speech, President Dilma Rouseff emphasized the main task for her government: to end absolute poverty by 2014. Such a target could not have been realistically set a couple of years ago and helps to illustrate the recent rise in expectations. The internal developments have allowed Brazil to be active for more voice and responsibility on the on-going transformations at the international stage. It is important to highlight that Brazil is not alone and that South America as a whole was able to grow 6.3% in 2010 and unemployment in its urban areas was reduced[2]. The present seem to be source for hope not only for Brazilians and for South Americans but also for people in other parts of the developing world.