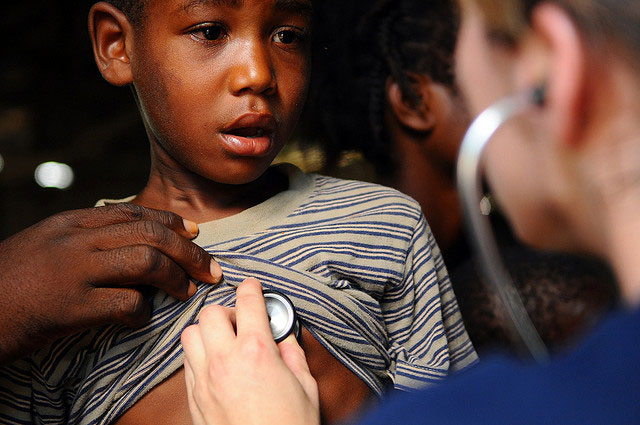 In 1975, when the donor world economy was around half its current size, the Millennium Development Goals would have required much more than 1 percent of GNP from the donors. Today, we can halve extreme poverty with just 0.7 percent of GNP. Are we on track to do that? 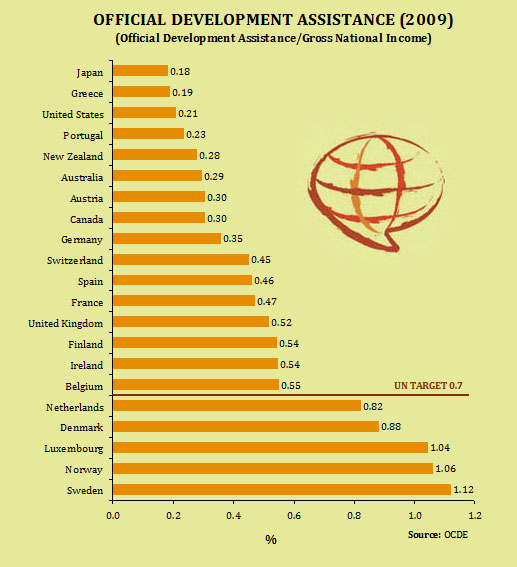 Are we losing the chance?

Ours is the first generation in which the world can halve extreme poverty within the 0.7 envelope. In 1975, when the donor world economy was around half its current size, the Millennium Development Goals would have required much more than 1 percent of GNP from the donors. Today, after two and a half decades of sustained economic growth, the Goals are utterly affordable.

Within the 23 OCDE countries only 11 of them increased the ratio ODA/GNI between 2008/2009 (in real terms -considering inflation and exchange rate-), whereas 12 decreased that ratio. On one side, Austria and Italy decreased by 31.5 and 31.4 percent that proportion, whereas on the other side France and Norway increased it by 18.4 and 16.1 percent. Generally speaking those countries which are suffering the most because of the crisis are those which have done the largest aid cutbacks (Ireland, Portugal and Greece). But surprisingly Spain has only reduced this amount by 1 percent and United States has even increased it by 6 percent.

0.7 refers to the repeated commitment of the world’s governments to commit 0.7% of rich-countries’ gross national product (GNP) to Official Development Assistance.

First pledged 35 years ago in a 1970 General Assembly Resolution, the 0.7 target has been affirmed in many international agreements over the years, including the March 2002 International Conference on Financing for Development in Monterrey, Mexico and at the World Summit on Sustainable Development held in Johnannesburg later that year.