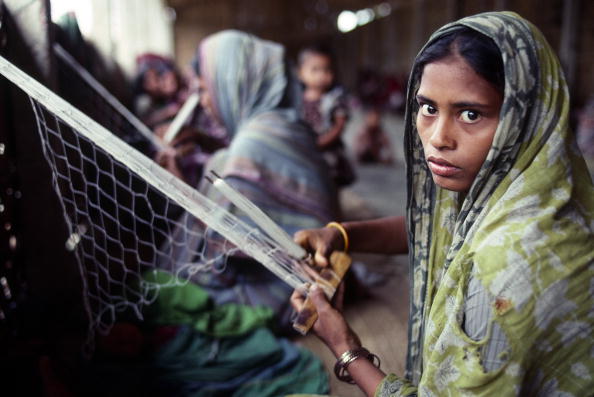 The Goals represent human needs and basic rights that every individual around the world should be able  to enjoy—freedom from extreme poverty and hunger; quality education, productive and decent employment, good health and shelter; the right of women to give birth without risking their lives; and a world where environmental sustainability is a priority, and women and men live in equality.

The MDGs were agreed by all 192 United Nations member states and by 23 international organizations and are to be achieved by the year 2015. The goals are broken down into 21 targets, and a series of measurable indicators for each target. The goals were defined based on what the member states considered “fundamental values to be essential to international relations in the twenty-first century”: Freedom, Equality, Solidarity, Tolerance, Respect for nature and Shared responsibility.

Ten years after the adoption of the MDGs –and five years from the target date-, world leaders gathered on 20-22 September 2010 again at the United Nations in New York to review progress, assess obstacles and gaps, and agree on concrete strategies and actions to meet the eight Millennium  Development Goals by 2015.

The conference concluded with the adoption of a global action plan to achieve the eight anti-poverty goals by their 2015 target date. There were also major new commitments on women’s and children’s health, and major new initiatives in the worldwide battle against poverty, hunger and disease. 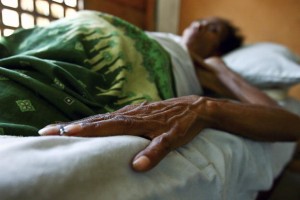 The discussions at the conference were eased and based on the findings highlighted in the Millennium Development Goals Report 2010, the only report which reviews the progress made so far. The report was launched 23 June 2010 by UN Secretary-General Ban Ki-moon. The release of the report was intended to help to set the stage for the summit in September at the UN.

The report highlighted a number of successes, while also assessing the human impact of lack of adequate progress on many of the Goals. According to the report the economic crisis took a heavy toll on jobs and incomes around the world, but its impact does not threaten achievement of the MDGs target of cutting the rate of extreme poverty in half by 2015.

The report contains a 2010 Progress Chart which monitors progress towards the MDGs through a set of 21 measurable and time-bound targets and 60 indicators, defining a total of 170 fields. The results show that only 65 fields (38.2%) are on the way to meet the targets by 2015 (from which 28 fields have already met the target), whereas 98 fields (57.6%) are not meeting the targets, from which 23 fields experienced no progress or even deterioration.

Despite these numbers, Secretary-General Ban Ki-moon says in the report’s foreword:

“This report shows that the Goals are achievable when nationally owned development strategies and policies are supported by international development partners. At the same time, it is clear that improvements in the lives of the poor have been unacceptably slow, and some hard-won gains are being eroded by the climate, food and economic crises. Billions of people are looking to the international community to realize the great vision embodied in the Millennium Development Goals. Let us keep that promise.” 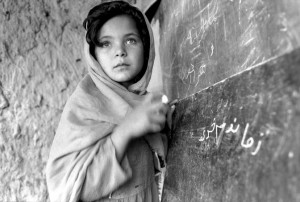 The UN report cites big gains in getting children into primary schools in many poor countries, especially inAfrica;strong interventions in addressing AIDS, malaria and child health; and a good chance to reach the target for access to clean drinking water. But disadvantages that hurt the poorest, those living in remote areas or with a disability, or due to ethnicity or gender, have sapped progress on many other fronts.

The share of people in the developing world who subsist on less than $1.25 a day, in constant US dollars, dropped from 46 per cent in the baseline year of 1990 to 27 per cent in 2005 – led by progress in China and Southern and South Eastern Asia – and is expected to tumble to 15 per cent by the target year of 2015.

But the MDG Report 2010 also indicates that progress against hunger has been impacted more severely by economic troubles. The ability of the poor to feed their families was hit consecutively by skyrocketing food prices in 2008 and falling incomes in 2009, and the number of malnourished, already growing since the beginning of the decade, may have grown at a faster pace after 2008.

The UN report cautions that the 2009 Official Development Assistance increase sorted out as a mere 0.7 per cent over the 2008 total in real terms, and in current US dollars actually constituted a two per cent decline. The report voiced concern on projections for 2010 development assistance, which may possibly be jeopardized by fiscal difficulties in donor countries, and also noted a substantial gap in fulfillment of 2005 commitments to double aid to Africa. Moreover, hoped for completing the “development round” of world trade talks, under way since 2001, have been frustrated. 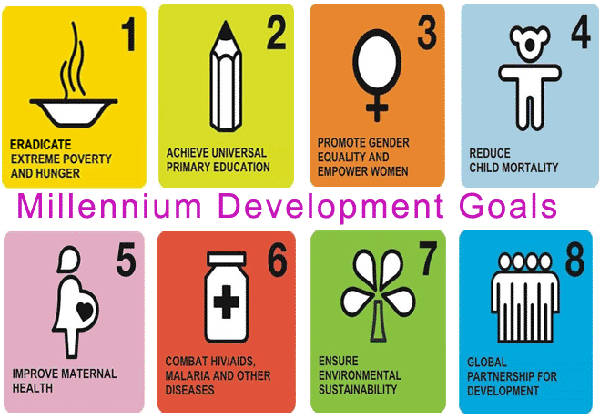 Under Goal 7, covering the broad area of environmental sustainability, the UN reported  that over the last decade the world lost 13 million hectares of forest each year – an alarming rate which is nevertheless a notch down from the annual average of 16 million hectares recorded during the previous decade.

Population increase and economic growth in the last two decades have produced a nearly 50 per cent increase in global CO2 emissions between 1991 and 2007, from 21.9 to 29.6 billion metric tons. Figures for 2008 are expected to show that the rate of increase has slowed, largely as a result of economic downturn. It is even possible that total emissions may have decreased in 2009. But the same estimates that produced these findings also suggest that unless decisive action is taken, emissions will again rise rapidly as the world economy reboots. The UN convenes the current round of international climate change negotiations in Cancun, Mexico.

In the next posts we will pay special attention to each MDGs independtly, and we will do an in-depth review of progresses made so far as highlighted on the report.

This is a Non-Profit Explanation