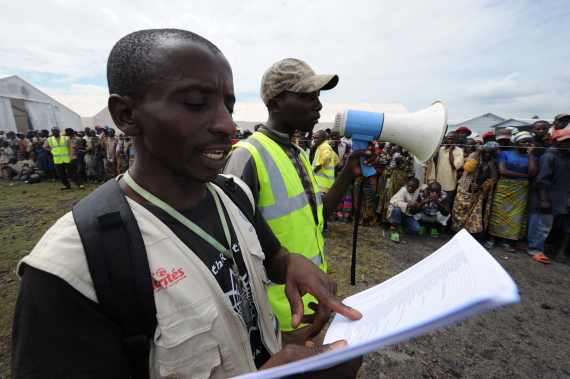 NGOs have proven to be the best providers of international aid because of their direct involvement with the local community and knowledge of its culture. What is the role of NGOs in relief missions and how to they coordinate with other actors involved?

It is commonly agreed that the nature of armed conflict changed dramatically in the post-Cold era. The familiar superpower conflicts gave way to new type of mostly sub-national conflicts which all shared manifestations of the new type of warfare: the unleashing of historical hatreds, genocide, terrible atrocities, the breakdown of governments and the vital service they provided, and refugee crises that typically transform sub-national conflicts into regional disputes.

Although relief missions conducted by non-state actors had of course been taking place for decades (the International Committee of the Red Cross, for example, was established in 1863), this new type of warfare consequently triggered a massive response of civil society – also with the help of TV images in everybody’s living rooms – which resulted in humanitarian action on unprecedented scale. This led to the need for proper coordination among NGOs and other actors, primarily the United Nations. We will therefore analyze what is their role in humanitarian crises – not only as a result of a conflict, but also of natural disasters etc. – and how do they complement with United Nations Agencies.

What the NGOs can do

NGOs have proven to be the best providers of international aid because of their direct involvement with the local community and knowledge of its culture. However, they alone cannot of course be expected to solve all the problems resulting from a certain humanitarian crisis, but they can nevertheless contribute significantly to the final success. According to Andrew Natsios, former executive director of World Vision Relief and Development, NGOs can perform 4 fundamental roles during humanitarian crises: 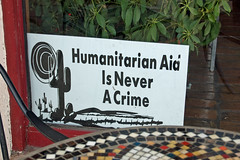 1. A preventive function through early warning. Since many of the NGOs have deep roots in local communities their field workers have a privileged position to identify deteriorating conditions and to alert the international community to potential breakdowns in a distressed country’s governance or in relations among country’s major domestic groups. But many times the problem is not the lack of early warning, but the lack of political will to act on early warning signals. Therefore, NGOs also have a central role in advocating for early action in humanitarian crises.

3. The relief and rehabilitation functions normally associated with NGOs. Providing humanitarian aid to people who have been struck by disaster is one of the long established activities of NGOs. They have played, and continue to play, a critical role in all aspects of humanitarian assistance work. Raising funds for the relief of victims, rushing emergency relief by providing food, clothing and health care and helping to build local capacity to withstand future disasters, are some of the “traditional” activities of NGOs.

4. Conflict resolution activities, such as mediation and reconciliation. The type of crises that emerged from post-Cold War conflicts demonstrated that the NGOs and international community in general should concentrate on techniques that link crisis management and humanitarian relief activities to the longer-term goals of conflict resolution and sustainable development. This requires that NGOs change their planning time frames to a long-term perspective. The initial emergency relief response should be linked to a set of activities that leads to the transformation of those conflicts in a way that promotes sustained and comprehensive reconciliation among the warring parties, particularly through grass-root levels of societies as opposed to the conservative top-down model. Through their local contacts and grassroots links, NGOs can also help empower groups of people, enabling them to better deal with their own problems by giving them the strength to address those problems in a coherent way, without having to put all of their energy into simply maintaining themselves.

Coordination with United Nations Agencies and other actors

Allowing for too many actors to operate in the same crisis with no coordination would obviously lead to big chaos. Many times the NGO community, particularly the smaller international and domestic NGOs, demonstrated an inability to coordinate its aid efforts in complex emergencies. Such results often come out of ill preparation to the customs and laws of local community and ethnic, cultural, religious, and language constraints. Such practices create a dependency on the local community for humanitarian aid and can lead to major disruptions in the socioeconomic structures of a developing nation. The United Nations Office for the Coordination of Humanitarian Affairs (OCHA), created in 1991, is the part of the United Nations Secretariat responsible for bringing together humanitarian actors to ensure a coherent response to emergencies. This inter-agency body is chaired by Emergency Relief Coordinator, and is mandated to mobilize and coordinate effective and principled humanitarian action in partnership with national and international actors in order to alleviate human suffering in disasters and emergencies, advocate for the rights of people in need, promote preparedness and prevention, and facilitate sustainable solutions.

A very important point is also cooperation of NGOs with the military – and the military with the NGOs. On the one hand, NGOs need military assistance for protection, logistics and timely evacuation in extreme situations. National militaries are more technically prepared to address many issues that exist in conflict settings. The military has a better understanding of setting initial objectives, defining the end state, making plans, and communications. But on the other hand, while the military’s objectives are usually limited to short-term objectives such as securing the situation and leaving, the NGOs conversely approach humanitarian crises in long-term, nation-building objectives. Cooperation between NGOs and the military is therefore crucial for the success of the relief mission.