“A trolley is running out of control down a track. In its path are five people who have been tied to the track by a mad philosopher. Fortunately, you could flip a switch, which will lead the trolley down a different track to safety. Unfortunately, there is a single person tied to that track. Should you flip the switch or do nothing?”

“A trolley is running out of control down a track. In its path are five people who have been tied to the track by a mad philosopher. Fortunately, you could flip a switch, which will lead the trolley down a different track to safety. Unfortunately, there is a single person tied to that track. Should you flip the switch or do nothing?”

This is how trolley problem was originally thought as an experiment in ethics by its first introductor, Philippa Foot. For 90% of people the solution is easy, almost everybody would flip the switch.

But, let’s turn the problem a bit more complex. Let’s compare the initial trolley problem to other moral dilemmas. Some of these other dilemmas are the exact same problem as the original one, and are simply restated. The main example of this is when these following questions have you either killing the one person or the five persons, however this is nothing new to the question as in the original problem you are either killing the five persons or the one.

But somebody added a new element to the moral dilemma. 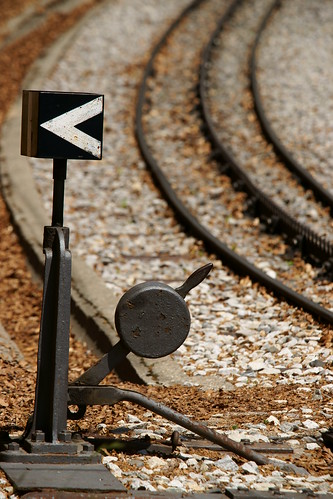 The trolley problem was also extensively analysed by Judith Jarvis Thomson, who introduced a newelement: a fat man.

“As before, a trolley is hurtling down a track towards five people. You are on a bridge under which it will pass, and you can stop it by dropping a heavy weight in front of it. As it happens, there is a very fat man next to you – your only way to stop the trolley is to push him over the bridge and onto the track, killing him to save five. Should you proceed?”

This is a tough one, isn’t it? Check out the following video in order to understand how the whole process works.

It’s a moral issue that philosophers have been discussing about for several decades. It may seem like just a crossword puzzle for philosophers, but in fact the answers have huge implications in numerous practical areas, such as abortion, capital punishment and the conduct of warfare.

The trolley problem and the World War II 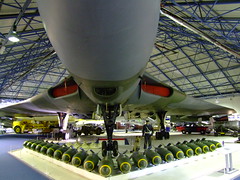 In June 1944 Germany’s military position in World War Two appeared hopeless. But Hitler, however, refused to accept the inevitability of defeat. So, he decided to prepare an attack that would reduce London to rubble and force Britain to capitulate. The attack was based on a new kind of weapon he proposed to use. A flying bomb, or the so-called ‘V-1’ (where V stood for Vergeltung, or retailiation), a small pilotless aircraft driven by a simple form of jet engine and carrying well over half a ton of explosive that detonated upon impact with terrific blast effect. Another was the V-2 rocket which, carrying approximately the same weight of explosive, could be shot high into the air to fall at supersonic speed and with great penetrative power.

The big, and tough, decision

In war leaders choose when one group should die rather than another. When the british authorities realised about Hitler’s intentions they had to take a decision on the issue. The debate of the top of the british government was about wether to feed false information through double agents back to the germans about where the rockets were landing. The aim was to give inaccurate coordinates to fool Germany into hitting suburban areas South of London rather than the center of power itself.

We strongly recommend you to listen to the podcast we have attached to the post. It is a BBC docummentary on the trolley dilemma called “Would you kill the big guy?”. Highly recommended!

This is a non-profit explanation

nextDo you like drinking milk every day? Then you must be European